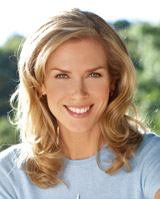 Dateline: June of the year 2109, in a high school social sciences class in Boise, Idaho.

Teacher: Good morning class. Today we are remembering what life was like in the days of Barack Hussein Obama, the first African American President of the United States. As you all know, President Obama did many things to distinguish himself as one of the greatest Presidents our country has ever known.

Back in 2009, the country was in a fast downward spiral of financial disaster; but Obama and his cabinet -- against all odds -- implemented a plan that re-organized the way banks and public corporations did business. He made them accountable not only to the shareholders and government, but also to the environment and to the well-being of the workers. There were a couple of very dark years for a lot of people, but a second Great Depression was averted.

It was under President Obama's leadership that this country was ushered into the era of peace and prosperity that we've experienced since then. Some argue that he saved the world from impending ecological collapse by appointing key agricultural and scientific people that made critical recommendations.

A hundred years ago, you may find this hard to believe, but the entire world was behaving in a way that made scientists of the time wonder aloud whether humans are actually a rational species. Some of the most brilliant scientists of the day argued that without changes in policy, the world was doomed to Biblical-style plagues, floods, famines, food and water wars, and other catastrophes -- all of human origin. Even so, entire industries lined up to condemn these scientists -- there was actually a debate about whether global warming was a problem.

Gasps and murmuring of incredulity from the students.

I know, we see it all clearly now. But back then, people were used to just taking whatever they wanted of natural resources, not believing that there could ever be consequences. They thought there was no end to the oil in the ground, fresh air or water, trees, or even animals. They believed they could do whatever they wanted, and so they did.

It's impressive to think about how the transformation occurred, though. Take for instance how people used to eat. Back in the day, people used to eat animals as part of nearly every meal. No kidding. But then in late 2006, United Nations scientists argued that eating meat was "one of the top two or three most significant contributors to the most serious environmental problems, at every scale from local to global," singling out meat consumption as a top cause of everything from desertification to loss of biodiversity to global warming. In fact, it was the business of raising animals for food that caused more global warming gases -- carbon dioxide, methane, and nitrous oxide -- than all the various forms of transportation put together. So even though driving those millions of big cars and flying old fashioned planes powered by oil were polluting the environment and warming the planet at breakneck speed, animal agriculture was an even bigger problem.

It seemed that no one listened, though, as 10 billion land animals and tens of billions of fish continued to be killed and eaten by humans every year in the United States alone.

Student: 10 billion animals and all those fish were slaughtered a year? For people to eat?

Teacher: Oh yes, people in the United States ate on average about 100 kilograms of animal flesh per person per year; of course back then the U.S. measured weight in something called pounds -- so it was an average of about 220 pounds. They ate huge chunks of cows -- their rumps, shoulders, and from around their ribs -- and drank their milk. They even ate the cow's baby's -- called veal -- because they liked the taste tender flesh. They dined on chickens more than anything, eating their breasts, legs, and wings. And people ate their eggs too!

Groans of disgust from the room. One student exclaims, "Humans consumed the milk and eggs of cows and chickens? Seriously?"

Teacher: Yes, seriously. But back to the environment please: It was inconceivable to people that the food they ate was what was warming the planet. Even former President Al Gore, who at that time had not yet been elected President or started his crusade against eating animals, didn't embrace the idea. He did finally see the connection of course, and he became one of President Obama's main advisors, urging him to see the full picture of what animal agriculture was doing to our planet.

And remember, this was 100 years ago, when almost a billion people were starving and more than a billion lived in dire poverty. It's shocking to think that in such a rich world, people starved, but they did -- from those almost one billion who were not eating enough to be healthy, about 40 million people every year actually died from starvation-related causes. So that makes the waste of crops even harder to understand.

There is a spirited debate in college and university political science departments about whether it was the scientific argument about animals or the environmental and human starvation arguments that finally caused eating animals to be seen as so totally unethical, but everyone agrees that Richard Dawkins, other scientists, and animal protection groups focused attention on the scientific argument -- now obvious to us -- that other animals are more like us than they're unlike us (they feel pain, they are familial, they seek enjoyment, etc.) and that eating them is... well it's beneath our humanity and certainly bad for our health and the health of the planet.

Professor Dawkins, who was the foremost evolutionary scientist of his day, denounced what he called "speciesist arrogance" -- this idea that human beings are the pinnacle of creation -- and he called other species our "cousins," though these ideas were hardly the scientific consensus, despite the efforts of Dawkins, Jane Goodall, and other such pioneers. Of course it's obvious to us that other species have the same basic capacities and senses as human beings, but again, this was a big, big deal when Dawkins and Goodall were saying it 100 years ago.

At that same time, animal protection groups started to focus more and more on the way these animals were treated. Groups documented the unbelievable cruelty of systems for egg production where so-called farmers crammed seven animals into tiny cages, as many as 100,000 in a shed, unable to do anything natural to being a chicken. They documented slaughterhouses -- it remains amazing to me that society didn't come up with another name for these places -- chopping animals' limbs off while they were still conscious.

They kept animals by the thousands in windowless buildings hidden away from view, and inside, they had people lined up to kill them, dismember them, and chop them up to be shipped out for food. There was a lot of blood, and there were horrible sounds coming from those places. But it was the biggest industry in the whole world, and people didn't seem to question the rightness of it. You can sometimes see these videos late at night on the American History channel, but they justifiably contain a parental warning, since they are not for the faint of heart.

At this point, most of the students are staring blankly, in total shock.

Why yes, they got sick. Millions of people got sick from eating contaminated animal flesh every year, and thousands died. And even more shocking, more than half of Americans died from heart disease and cancer (those were big diseases back then), and two-thirds of Americans were overweight from eating this unhealthy diet. Although some doctors and nutritionists tried to tell everyone else that the human body is not designed to consume animals, much as people smoked cigarettes and denied the harm for so long, people also ate animals and denied the harm. I know this all sounds quite fantastical to you, but it's true.

Another student chimes in: But why, why did they eat animals? It seems so... gross.

Teacher: Well, perhaps they liked the taste of animal flesh [students groan collectively]. I'm really not sure. In 2008, a movie came out about a rugby team that experienced a plane crash, and the members ended up eating their team members as they froze to death. I suspect that the realization that humans are also made of flesh might have shocked some people.

At that time, it's important to remember that the very idea of green businesses was brand new and some businesses thrived as people clung to tradition. There were massive corporations dedicated to profiting from war, coal mining, oil, and killing billions of animals. You may not believe this, but people would actually call Thanksgiving "turkey day" because about 50 million turkeys were killed for that day alone.

First student blurts out in frustration: How could this be? My great grandmother was alive 100 years ago -- surely she didn't eat animals!?

Teacher: Well remember, humans held other humans as slaves not very long before that, and the Holocaust was a mere 60 years before Obama came to office. Think of things like the witch burnings, the crusades, the fact that women couldn't even vote 100 years earlier than the first black presidency. Thankfully, human beings evolve ethically, not just physically!

Anyway, about 100 years ago, a campaign began, spearheaded by a coalition of health, environmental, poverty, and animal protection groups, and supported by President Obama and his animal-loving family. Suddenly shirts and bumper stickers were everywhere, "Vegetarian is our HOPE!" And of course it had many layers to it -- the environment, global poverty, our health. It started becoming popular to eat a more plant based diet, and sure enough, a momentum was started, and within a few years, humans phased out eating animals.

A young girl, silent until then, says quietly: I'm glad I wasn't alive then. I don't think I could have stomached eating an animal.

This article was first published at the Huffington Post.
Learn more about famous author Kathy Freston.