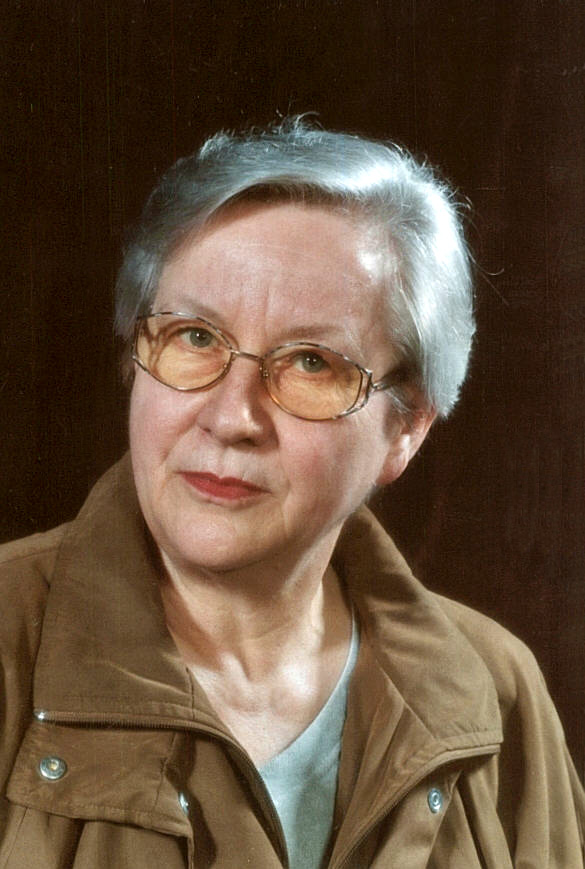 Herma Caelen has been an activist for more than a decade. Among countless other roles, she was the Honorary General Secretary of European Vegetarian Union (EVU), launched the mailing lists animal_net and later the European Vegetarian and Animal News Alliance (EVANA). She has organised a number of international campaigns and has been a strong supporter of the International Vegetarian Week right from the start.

CV/RDA - Herma, thank you for accepting this interview even though normally you prefer to stay behind the scene. For a start, we would like to know what motivates you to be a vegetarian and activist.

Answer: I think it all started in my early childhood when I witnessed a pig being slaughtered. This horrible scene has haunted me ever since and eventually led to my vegetarian way of life and to my involvement in the work for animals.

CV/RDA - Why have you chosen to dedicate such large amounts of your precious time to animals and the vegetarian lifestyle?

Answer: Animals are definitely in great need of human friends and I just want to do my bit. With this in mind I have tried different paths, with uplifting and disappointing results. However, whatever the final outcome has been: I have always learned a lot!

CV/RDA - You have lived in many countries and were directly or indirectly involved in a number of campaigns. What in your mind are the benefits of international cooperation and how can it be made more effective?

Answer: Even though in some countries the suffering of animals is more gruesome than in others, cruelty towards helpless and innocent beings is an international problem which demands global attention. Unfortunately for a number of reasons it’s rarely possible to build broad international alliances. One of the most insurmountable problems is the language barrier, meaning that quite often activists do not know what is going on in the rest of the world and consequently can’t assist in promising campaigns, or use the ingenious projects of others as examples for their own work.

I think that more emphasis on a common language, e.g. English, combined with a solid cross-border communication net could prevent these often counter-productive national stand-alone situations. When colleagues from all corners of the world get a chance to coordinate, advise, support, spread the word, the whole community can add more clout to individual efforts. Well prepared international cooperation can bring huge benefits and make even national and regional politicians pay attention.

CV/RDA - You have been a strong proponent of calling the first days of October (usually 1-7) the ‘International Vegetarian Week’ (IVW). Are you happy with the outcome so far?

Answer: I am really impressed with the speed with which the IVW has become an attractive annual event. The campaign has really taken root and sprouted in many countries, including Albania, Argentina, Australia, Brazil, Cambodia, Croatia, France, Germany, India, Italy, Lebanon, Netherlands, New Zealand, Portugal, Russia, Spain, Switzerland, Turkey, UK and USA.

CV/RDA - What do you think about the potential of the IVW?

Answer: It’s huge – and growing! The wide adoption of the system continuously adds new ideas and facets to the project thus making it more interesting for vegetarians but also for meat eaters who are looking for alternatives and information. Another most attractive aspect of the IVW is the possibility to share resources by using/adapting the same campaign texts, pictures, flyers, even press releases, etc.

CV/RDA - We know that you are also a writer. What is usually the role of animals in your books? Are your fictional characters vegetarians or not?

Answer: Animals are always ‘there’, either as important co-stars or even as the heroes of my stories. Well, I like to think that my invented characters are vegetarians but in some stories this particular aspect remains unmentioned.

CV/RDA - Who is your favourite character from your books?

Answer: Honestly, I can’t say. Like in real life they are all different and important, whilst some are definitely nicer than others. But if you insist on an answer, I would say that I am particularly attached to the dolphin ‘Star’, a wise and ingenious link between people and animals.

CV/RDA – What after years of working for the vegetarian and animals rights cause is your opinion about the current situation? Are things getting better or worse?

Answer: I am convinced that the situation for animals is in the process of improving even though real changes aren’t yet that visible. So even if at times we are getting impatient, we need to continue on our respective paths quietly and without letting discouragement nibble at our motivation.

However, what must stop is the often furious in-fighting on our side of the fence! Regrettably one sometimes gets the impression that attacking each other has become more important than alerting the public about the dire consequences of meat production and consumption, and addressing industry bosses, national and international politicians, other decision makers and experts.

CV/RDA - Finally, would you like to leave a message to our listeners and readers?

Answer: Well, I do think that people power is a potent weapon, and that every individual can make a most valuable contribution towards a compassionate vegetarian future.

CV/RDA - Thank you again, Herma, for your time and for accepting this interview.

Herma's books are published in German, except for one which has been translated into English: “Paving the Way for Peace: The Living Philosophies of Bishnois and Jains“. It describes the lifestyle of two of the most peaceful communities on Earth, in elegant texts and with beautiful pictures.

The book is available here: http://www.lppindia.com/servlet/lppgetbiblio?bno=000407